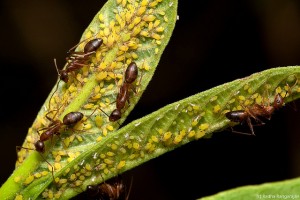 The Denver Botanic Gardens has a tropical rainforest pavilion. I, on a mission, went to see Dale Chihuly’s installations, but found the “Ants and Plants” wonderful. You probably know that “symbiosis” means “together + life”. A common example is of orchids clinging to trees for dear life. But there are types of “mutualism” that benefit both, like ants and plants. Ants burrow into plant stems for shelter, and the plants benefit from nourishment (droppings), cleaning, disbursement, and defense. Wow, like healthy families, parents and children, partners, spouses. We need each other. 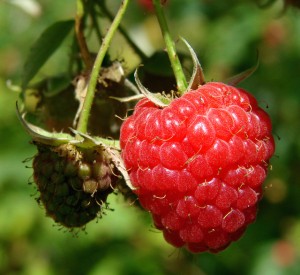 On the way to bring my grandchildren home, I always pass the corner lot where an old man lives and tends his raspberry canes. “They’re looking good,” I say to the kids. “Yeah, they TASTE good,” my grandson says. “I don’t usually like raspberries, but he always lets us have some when I walk the dogs (Gussie, Shaggy, and Merlin (Labradors)), and they’re really sweet.”

“Why do you think he’s out there every afternoon?” I ask. I wonder if he’s a widower, as I never see anyone else around. He is so gentle with the canes. I almost hear him whispering to them.

“Because he likes raspberries,” the other young one in the back seat says. Why do I feel the sting of tears? Life can be so simple.

Last weekend, I was out cycling with women friends. The sky was blue, clouds piling up over the near mountain range. In the paceline, I turned my head. A midnight raven drafted the echelon. “Oh, Trickster,” I thought. “I’ve seen you before. You and your sister guarded the sacred cove on the remote northern British Columbia island when I surfed the waves up onto the midden beach in my kayak. I was wet, tired, and hungry. You didn’t fly away. I called the wolves from where I drank at the mossy stream in the shadow of the shaggy cedar totem poles. Suddenly, I was afraid as the pack streaked from the point towards me. I remember crashing through the brush, running wildly to the beach, jumping in my kayak, paddling offshore, my heart pounding. The wolves never came.

You tricksters laughed. I couldn’t paddle any further that day. I was cold, shakey-hungry, miles to go next day with the tides. I wondered, were you there, later, when the pack circled my tent in the moonlight, panting and sniffing. Did you shape-shift like coyote, watching?”

I watch an old man tend raspberries, a boy walk his dog, and the wheel of the rider in front of me. 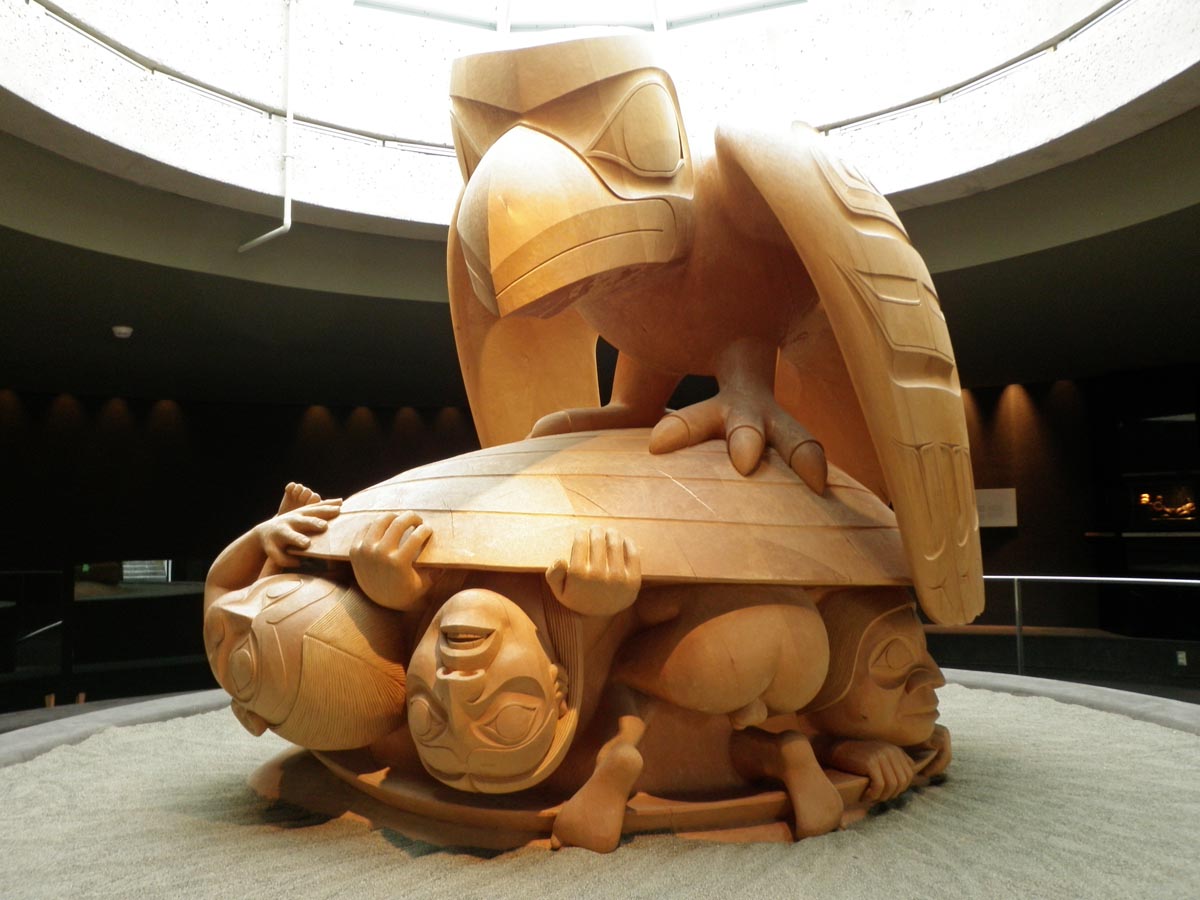